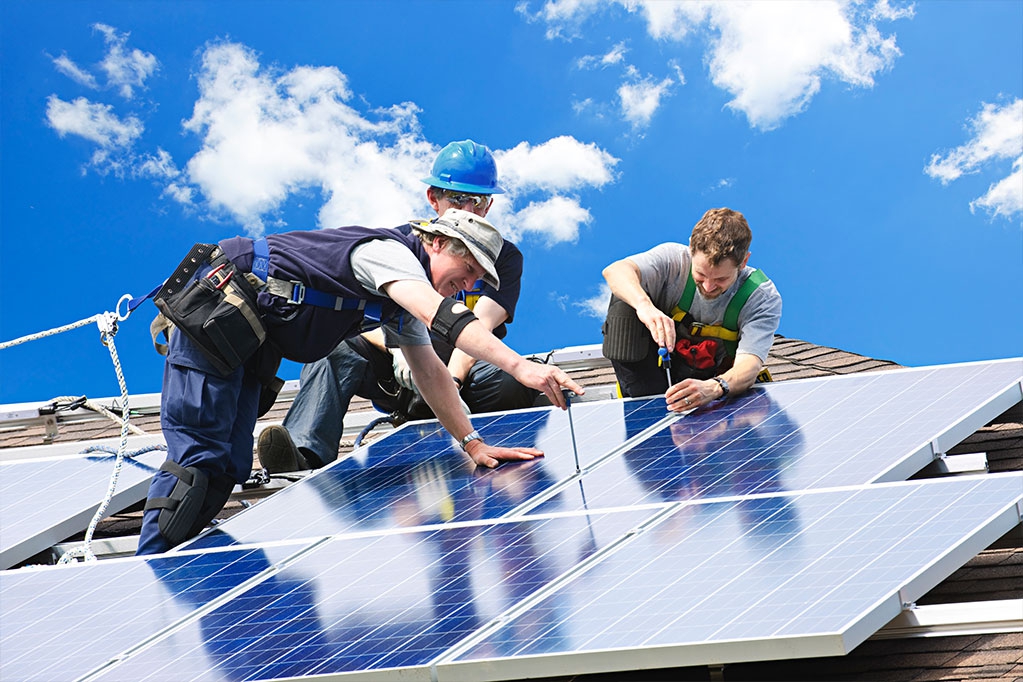 Every year in Ireland the energy equivalent of 100 litres of oil lands on every horizontal square meter of outdoor space free from the sun. Solar collectors can capture this free energy and put it to use for you. Solar panels and solar tubes are solar thermal collectors and are the two main types of solar collectors used in Ireland. Both solar panels and solar tubes are used to heat water for sinks and showers etc and can be possibly be used to contribute to the space heating of the building. The other main type of solar collector is a photo voltaic panels (PV) which are used to produce electricity and have very little in common with solar thermal tubes or panels. Both types of solar systems are becoming increasing common in Ireland and in the UK. Not only do solar tubes, solar panels or solar photovoltaic (solar PV) capture energy to save you money on energy requirements for your building, but as they offset the energy you buy, they improve your building energy rating (BER) and lower the carbon emissions associated with your building. Solar panels, solar tubes and solar photovoltaic systems work best in clear sunlight but will still provide energy even on cloudy and overcast days.

Solar panels and solar tubes collect the free energy provided by the sun. This energy is then used to save you money by heating your hot water. In most houses, approximately 25% of your thermal energy bill (oil, gas etc) is for hot water heating. A solar thermal system can provide up to 70% of your hot water for free.

We at Midland Renewables Heating & Plumbing can design the most suitable solar system for your requirements be it solar thermal or solar PV. Midland Renewables take into account your energy requirements, site location and orientation, space available etc. In the northern hemisphere solar panels and solar tubes must be facing in a southerly direction between south east and south west although either directly east and west can be feasible but not recommended in most situations. Solar panels and solar tubes are usually installed on the roof of the building but can also be installed on an angled frame on the ground.

To save money on your hot water heating call Midland Renewables Heating & Plumbing today on 1890 90 45 45. We also cater for commercial solar applications as well as agricultural requirements for dairy washing.

Solar panels and solar tubes capture the solar radiation from the sun and convert this radiation into heat energy. This is just the same as the sun warming your face on a sunny day. Solar panels and solar tubes are very good at absorbing and capturing this energy using the absorber in the solar tube or solar panel. The absorber heats up and transfers this heat energy to a fluid that circulates around between the solar panel or solar tube and your hot water tank where the heat from this fluid is transferred to the water in your tank thus heating up your tank for showers and taps etc. The whole operation is controlled by a solar controller which will only circulate the solar fluid when the solar panel or solar tube is warmer than the water in the tank and stop it again either when the water in the tank is hot enough or if the solar panel or solar tubes are no longer warmer than the water in the tank. The solar controller also has safety features built in to protect your solar system as well as displaying information to the end user such as solar collector temperature and the temperature of the water in your hot tank so you know if you have enough hot water for that shower or bath. For those days that there is insufficient sunlight to meet your hot water demands a backup system, such as your heat pump or boiler system, will be used to heat the water to your requirements.

Solar panels look like large roof windows while solar tubes look like a row of black tubes on the roof. Solar tubes or evacuated solar tubes have a vacuum in them which simply put helps reduce the amount of energy the tube collects being lost back to the surrounding air.

Solar tubes, because of their vacuum like a Thermos flask, maintain their efficiency as the temperature rises allowing more energy to be captured per equivalent area of solar collector. Solar tubes also perform better in cloudy and over cast conditions than solar panels.
To find out which is best for your application, please contact Midland Renewables Heating & Plumbing on 1890 90 45 45 or use our contact form on this website.

Solar Photovoltaic (PV) uses energy from the sun to create electricity to run appliances and lighting. PV requires only daylight, not direct sunlight to generate electricity and so can still generate some power on a cloudy day.
Photovoltaic systems use cells to convert sunlight into electricity. The PV cell consists of one or two layers of a semi conducting material, usually silicon. When light shines on the cell it creates an electric field across the layers causing electricity to flow. The greater the intensity of the light, the greater the flow of electricity. PV cells are referred to in terms of the amount of energy they generate in full sunlight, know as kilowatt peak or kWp.
PV systems produce no greenhouse gases. A typical domestic system can save approximately 1.2 tonnes of carbon dioxide per year, adding up to almost 30 tonnes over a system’s lifetime. PV systems can be used for a building with a roof or wall that faces within 90 degrees of south, as long as no other buildings or large trees overshadow it. If the roof surface is in shadow for parts of the day, the output of the system decreases.